To Burst or Not To Burst, That is the Question 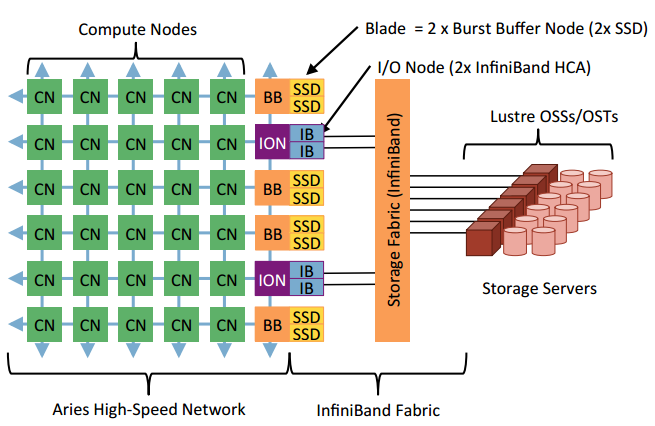 In other words: Would you like to add a hyper-fast storage tier between the compute nodes and your parallel file system? Then you have come to the right place.

A little more detail on the specifics. The burst buffer’s purpose is to allow applications running on an SMP’s fast processor cores to perceive that the application data – data first residing in the SMP’s local and volatile memory – will be quickly saved on some persistent media. As far as the application is concerned, its data, once written into the burst buffer, had become persistent with a very low latency; the application did not need to wait long to learn that its data had been saved. If the power goes off after the completion of such a write, the data is assumed to be available for subsequent use.

Where would I use a Burst Buffer?

Who is developing a Burst Buffer?

Within the HPC community, several vendors have released and are continuing to develop burst buffers including DDN, EMC and NetApp. The diagram below represents NERSC’s approach to creating a burst buffer architecture out of Cray DataWarp appliances. In total 1.5PB of burst buffer will front end over 100PB of capacity. The following is a conceptual diagram depicting the deployment.

The challenge in using the burst buffer at a smaller scale, say a DDN IME device front-ending GPFS-based GridScaler or a Lustre-based ExaScaler is to identify workloads and integrate scripts to take advantage of the buffer space that make sense.